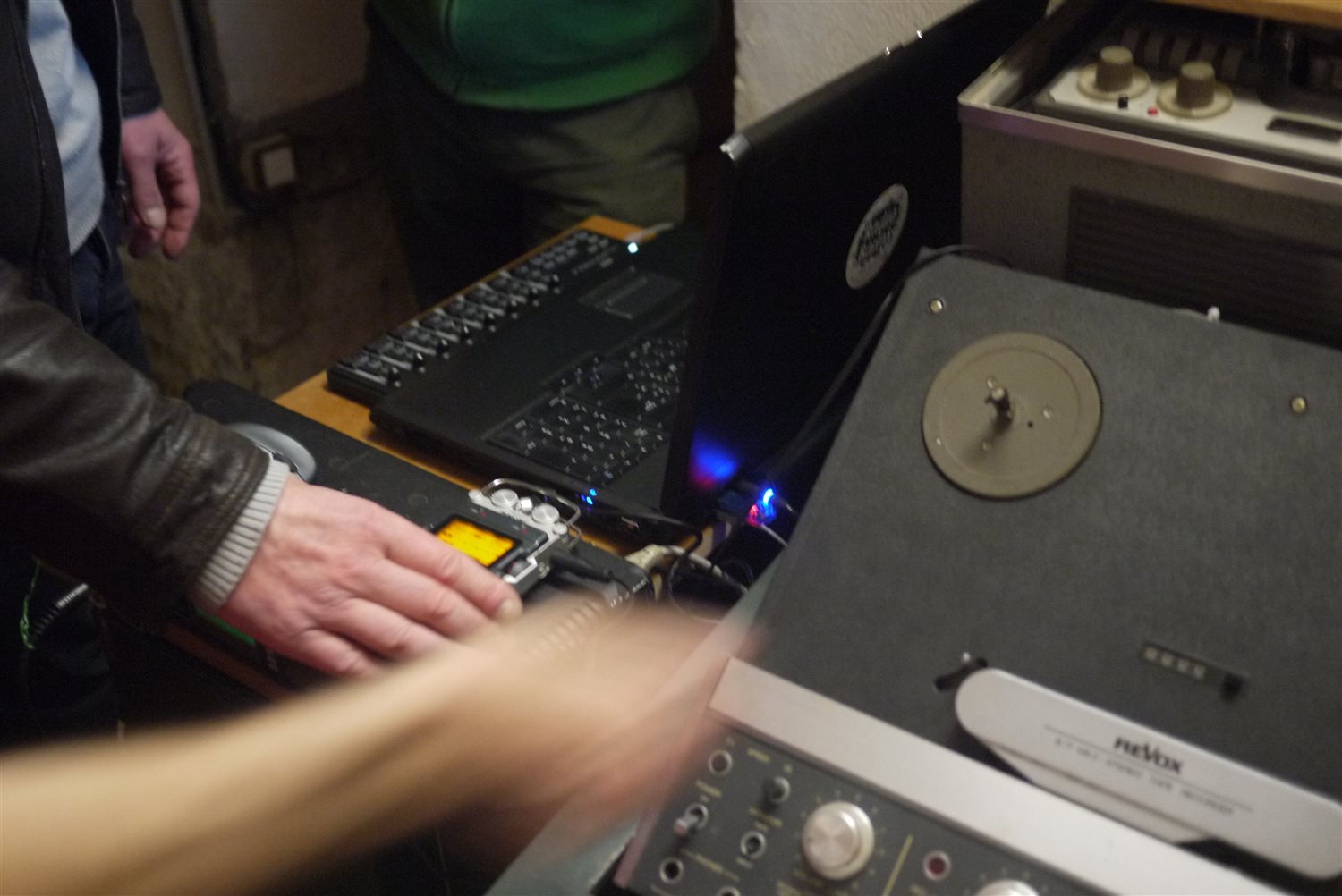 S’il arrive (ce qui arrive) – « Things happen » – is a radiophonic essay and a post mortem dialog with the great American documentary filmmaker Robert Kramer. Few years before his death he had launched a call for the creation of a France Culture radio program : « What is your hope today and your vision of the future?  »
Considering this question, a brief correspondence started beetween Robert Kramer and Dominique Balaÿ.

After some time, this led to the writing of a complete script and even some recordings made by Dominique Balaÿ, much bigger than expected and, in some way, off topic. The script remained in a drawer through the years, with some excerpts published from time to time in various artistic magazines.

In 2014 Dominique Balaÿ met the radiophonic director Daniel Martin-Borret and he invited him to revisit the script and give a new life to this bundle of archives. On the basis of a almost carte blanche, Daniel Martin-Borret found rapidly a way, he focused his work on how the original intentions expressed a certain relation to the cinema and documentary.

Mainly using his own voice, and inserting some archives, Daniel Martin-Borret unfolds in a dialogue with sounds from shooting specially made. Cinema and music are never far away. The horrible reality is at good distance. Art and life are in an inextricable collusion.

Ce qui arrive responds to the call of Robert Kramer and develops the hypothesis that for all of us in these times of distress, hope is always of a « starting place » and a new voice.

with the voice of: Irina Novikova (Intérim).